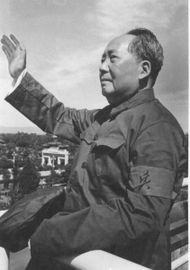 The atheist, communist dictator Mao Zedong revived and heavily promoted Traditional Chinese medicine in China. He didn't believe in it himself, but pushed it as a cheap alternative to real medicine.[1] See also: Atheism and medicine