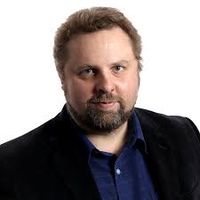 Steve Turley is an internationally recognized scholar, speaker, and classical guitarist. He is a conservative.

Turley's popular YouTube channel, which had 536,000 subscribers as of September 2020, showcases weekly his expertise in the rise of nationalism, populism, religious conservatism, postsecularism and traditionalism throughout much of the world, and his podcasts and writings on civilization, society, culture, education, and the arts are widely accessed at TurleyTalks.com.

He is the author of over 20 books, including Classical vs. Modern Education: A Vision from C.S. Lewis, Awakening Wonder: A Classical Guide to Truth, Goodness, and Beauty, and The Ritualized Revelation of the Messianic Age: Washings and Meals in Galatians and 1 Corinthians.

He is a faculty member at Tall Oaks Classical School in Bear, DE, where he teaches Theology and Rhetoric, and Professor of Fine Arts at Eastern University.

Turley lectures at universities, conferences, and churches throughout the U.S. and abroad. His research and writings have appeared in such journals as Christianity and Literature, Calvin Theological Journal, First Things, Touchstone, and The Chesterton Review.

Turley and his wife, Akiko, have four children and live in Newark, DE, where they together enjoy fishing, gardening, and watching Duck Dynasty marathons. He is an Orthodox Christian.

“I want to argue that we are actually seeing nothing less than a conservative Christian resurgence in our demographics and politics that promises not suicide but rather the salvation of the West.” - Steve Turley, The Return of Christendom: Demography, Politics, and the Coming Christian Majority