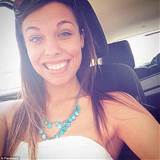 Sarah Root (May 1, 1994 – February 3, 2016) was a 21-year-old college student that was killed by an illegal alien drunk driver Eswin Mejia. Mejia had been street racing and slammed into Root's car. He was arrested, was freed on a $5000 bond and left the country within 72 hours. Root was taken off life support 72 hours after the crash. She had just graduated from college with top honors the day before her accident.

Mejia entered the U.S. from Honduras at age 16. He was stopped in Arizona, held in Tennessee and relocated to Nebraska. He had missed two previous court dates that the judge was unaware of and now remains a free man. "An investigation by the Omaha-World Herald revealed that a systematic failure at all levels - from state government to immigration officials."

Donald Trump would elevate her story at the GOP convention saying, [1]