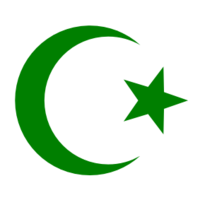 According to Pew Forum, by 2030 Muslims are projected to make up 8% of Europe’s population.[1] See also: Atheism vs. Islam

The new atheists Sam Harris, Richard Dawkins and the late Christopher Hitchens have received multiple accusations of engaging in Islamophobic behavior.[2] Dawkins is dismissive of the concept of Islamophobia and declared: "I’m always being accused of Islamophobia, that’s a non-word."[3]

On December 28, 2015, the Daily Express reported about Dawkins:

On the other hand, defenders of atheist criticisms of Islam/Muslims indicated that New Atheists should be able to criticize Islam without being accused of Islamophobia.[5]

On June 21, 2014 Harris published an article on his website entitled Response to Critics which was a response to his critics who accuse him of Islamophobia.[9]