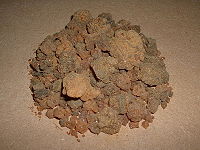 Diagram of a plant from which myrrh is produced

Myrrh (Commiphora mormor) grows as a shrub in the desert, particularly in the deserts of Africa and the Middle East. The resin obtained from the stems of myrrh is used in medicinal concoctions. Historically, myrrh has been used in connection with gingivitis (periodontal disease), schistosomiasis (parasites), canker sores, cold sores, the common cold, halitosis, pap smears and ulcerative colitis.

Myrrh was one of the gifts that the wise men brought upon the birth of Jesus. In biblical times, the reddish resin of myrrh was used to preserve mummies. It was also used as a remedy for numerous infections, including leprosy and syphilis. Myrrh has also been used in traditional Chinese Medicine to treat bleeding disorders and wounds.

The three main constituents of myrrh are the resin, the gum, and the volatile oil. All are thought to be important in myrrh’s activity as an herbal medicine. The resin has reportedly been shown to kill various microbes and to stimulate macrophages (a type of white blood cell) in studies. Myrrh also has astringent properties and has a soothing effect on inflamed tissues in the mouth and throat. Studies continue on the potential non-cancer and pain-relieving actions of the myrrh resin.