John Trumbull (Lebanon, Connecticut, 6 June 1756 - New York City, 10 Nov., 1843) American painter. He is known as the artist of the American Revolution (millions of American schoolchildren have seen the Revolution through his eyes). At Harvard (1772 - 1773) he studied works of Brooke Taylor and William Hogarth .

Some of his paintings hang in the United States Capitol, the Yale University Art Gallery, Connecticut, the Metropolitan Museum of Art, New York City and the Boston Museum of Fine Arts.

His pieces, as far as they are executed, meet the warm applause of all who have seen them. The greatness of the design, and the masterly execution of the Work equally interest the man of a capacious mind and the approving eye of the Connoisseur. He has spared no pains in obtaining from the life the likenesses of those characters, French as well as American, who bore a conspicuous part in our Revolution; and the success with which his efforts have been crowned will form no small part of the value of his pieces. Letter from George Washington to Lafayette, November 21, 1791. (in George Washington Papers, 1741-1799) 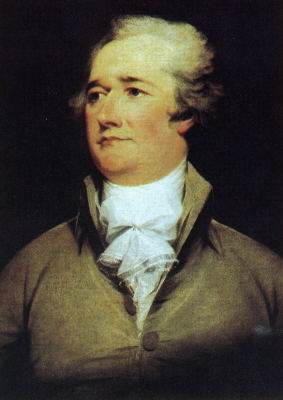 Trumbull's fame rests mainly on the four paintings, the "Battle of Bunker Hill," and "Death of Montgomery," which two pictures still stand unexcelled in American historical painting (both at Yale University Art Gallery), and on such strong portraits as those of Washington and Alexander Hamilton.[1] The Death of General Warren at the Battle of Bunker Hill, 1786.