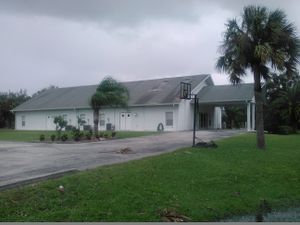 Independent Baptist churches, sometimes called Independent Fundamentalist Baptist (IFB) churches, are Christian churches which specifically do not join any of the Baptist denominations.

These churches predominantly adhere to fundamentalist conservative Baptist beliefs; however, there are also independent Baptist churches within the Reformed theological camp, many of which in the late 2010's withdrew from the Southern Baptist Convention over concerns that it was "going liberal".

They generally strongly oppose Calvinism, except they hold to the doctrine of eternal security. They also generally oppose Pentecostalism and charismatic teachings.

Historically they have not hesitated to practice Biblical separation from groups and persons not holding to similar views: many churches either broke away en masse from other Baptist denominations (mainly the Southern Baptist Convention) or split off from churches which remained in the denominations. As such they tend to speak against more popular Christian teachers such as Rick Warren and Joel Osteen, and to a lessor extent, Billy Graham. However, this practice has waned in recent years among larger congregations which have, in some cases, joined or rejoined denominations (an example being Thomas Road Baptist Church, which was originally independent and a member of the quasi-denominational Baptist Bible Fellowship International, but later joined the Southern Baptist Convention and now is dually aligned with both groups). Even on matters where they would agree with another denomination (such as abortion) Independent Baptist churches typically refuse to work with any other Christian church, for fear that doing so will result in a compromise in doctrines or lead to a one-world religion.

Of all the Protestant groups they have the hardest stance against Roman Catholicism; some holding the view that it is the Whore of Babylon mentioned in Revelation 17-18. IFBs generally have even stronger opposition to Seventh-Day Adventists, Mormons and Jehovah's Witnesses, often considering them to be cults.

They tend to be highly conservative in lifestyles, with almost all shunning alcohol, tobacco, and illegal drugs, and with most being highly critical of movies and television, with some avoiding secular programming altogether (to the point of not even having a television set in the home, and in some cases no computer or internet access). Independent Baptists typically dress very conservatively: some congregations discourage women from wearing pantsuits, and it is extremely rare for the pastor not to wear a coat and tie while preaching. Homeschooling is quite prevalent among IFB's[1]; while other families may send their children to a private Christian school, often sponsored by an IFB church. Nonetheless, some IFB families send their children to public school, sometimes for financial reasons, sometimes hoping that their children will provide a good testimony to other children, sometimes due to a lack of other options, and sometimes because the IFB families themselves work in the public school system. However, IFBs are often critical of the education system as a whole, particularly anything related to evolution or sex education.

A key characteristic of IFB churches is their general adherence to the King James only position on the Bible; a significant number specifically state in their official doctrinal statements that no other translation will be used in their teaching. Others may allow the use of alternate translations but only to show how they differ from the KJV and why they consider the KJV the correct translation. Only a very few do not hold to the KJV only position. There are differences to the level of KJV only held: some (small in number, but highly vocal on internet and other social media platforms) hold to the Peter Ruckman "advanced revelation" view of KJV only but this is not the majority position.

A major difference between IFB churches and denominationally-affiliated Baptist churches is the support of missionaries. Churches affiliated with Baptist denominations support most missionary work through a denominational mission board, whereas IFB churches support most missionaries directly. To become an IFB missionary, one typically visits multiple IFB churches asking for their support, a process known as "deputation." The missionary then relies on pledged support to carry out mission work, which often involves traveling to a distant location to deliver the gospel to people far away or delivering the gospel to people locally who are difficult for the average person to reach, such as people in prisons, schools, or nursing homes.

Several colleges with comprehensive academic offerings, including Pensacola Christian College in Pensacola, Florida, are affiliated with this group. Bob Jones University is associated with the group despite officially being non-denominational and being founding by a Methodist. Liberty University was originally an Independent Baptist institution; though Falwell's church united with the SBC the university is now non-denominational.

Many Independent Baptist Bible colleges are small institutions operated by a local church, such as Landmark Baptist College in Haines City, Florida. The smaller colleges usually do not have comprehensive academic offerings like Pensacola Christian or Bob Jones, limiting their courses to those needed for ministerial service within IFB churches. Also they frequently eschew accreditation on the basis of wanting to maintain their independence.