History Painters deal with the narrative of historical events from classical and military history, Christian history and mythology, as well as religious and literary subjects. History Painting was a very important genre in the past. The term "history painting" derives from the Italian word "istoria". It was the dominant form of academic painting in the 19th century; ranked number 1 in the hierarchy of the genres by European academies of fine art.

Up until the latter years of the nineteenth century, the highest level of prestige a painter could hope to attain was the exalted art of painting history. [1] 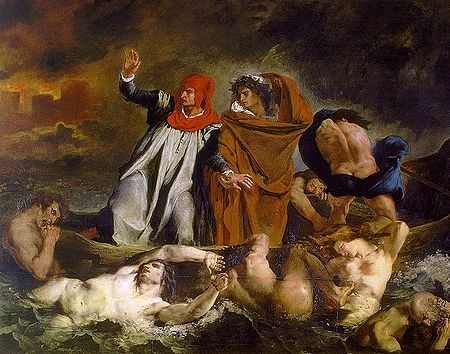 Dante and Virgil in Hell by Eugene Delacroix (1822).