Gustave Boulanger, A Performance of The Fluteplayer in the Roman house of Prince Napoleon III, 1861.

Painting of scenes or events from everyday life, of ordinary places, people (with no specific identity attached) and their activities, dresses, a variety of objects, depicted in a generally realistic or romanticized manner or in a not idealized subject matter. Genre painting themes have appeared in nearly all art traditions. Flemish Baroque painting and Dutch Golden Age painting dominated the field until the 18th century.

Genre Painting were admired for the skills artists employed and were occasionally humorous... genre was introduced and perfected by the Dutch Baroque painters of the 17th century... In the mid-19th century, in the United States, "genre became its own separate entity (for a time), through the works of painters such as Winslow Homer, George Caleb Bingham and Eastman Johnson. [1] [2] 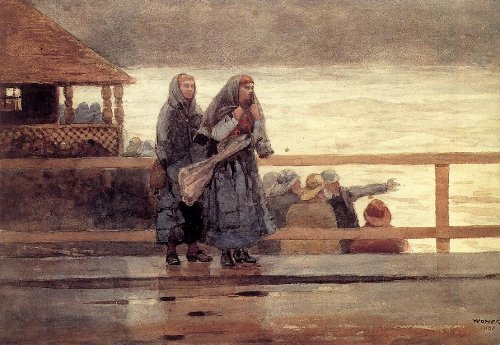