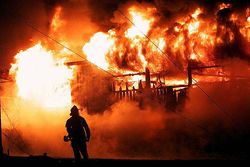 Paralyzed with fear, he is afraid to debate on the topic of Christianity which is exploding in its number of adherents worldwide.

See also: Decline of the atheist movement and Future of Christianity

Global atheism is shrinking in terms of its global market share and the shrinkage is expected to continue in the 21st century (See: Global atheism statistics).

Reverend William T. Cummings is famous for declaring "There are no atheists in foxholes.[6]

The Bible says concerning God, "I will destroy the wisdom of the wise and discard the intelligence of the intelligent." and "My God is a consuming fire". Atheists, you cannot defeat God Almighty. Global atheism will continue to burn! Christians will toast their marshmellows on the conflagration of global atheism burning while singing the campfire song "Kumbaya, my Lord"!

The atheist community has a long track record of trampling on the religious freedom of Christians and other theists (see: Militant atheism and Atheism and intolerance).

See also: Atheist Population and Resources for leaving atheism and becoming a Christian

The atheist Penn Jillette is known for his big talk (He called the Bible "bullsh*t")[7], yet when it comes time to actually engage in debate he evolves into a chicken.[8]

“I’m not trained in debate. It’s turning conversation into competition." - the intellectual pantywaist Penn Jillette on his refusal to debate the Christian Sye TenBruggencate [9] See: Atheism and cowardice and Atheist hypocrisy

In 2011, the American Spectator citing research published in the International Bulletin of Missionary Research reported that atheism is on the decline as a whole in terms of adherents.[10] See: Decline of global atheism The atheist Georgetown professor Jacques Berlinerblau likens the strength of the American atheist movement to a "gimpy little zebra".[11]

There are no atheists in a burning building There are no atheists in a burning building.

Are you an atheist trying to stop the rapid rise of Christianity in the world?

Are you an atheist trying to stop the rapid rise of Christianity in the world? Please click HERE and HERE and HERE