Culture is the way of life for a given group of people, or a broad term for a group of people known for thinking or living in a certain way. These traits form part of an individual's or group's identity. Culture consists of the "language, habits, ideas, beliefs, customs, social organization, inherited artifacts, technical processes, and values."[1] A culture can be observed or assigned to potentially any group of people in a society, irrespective of the group's or size or location. It can be used as an identifying marker of a group in order to separate its classification from other groups.

Cultures can be unique, similar, or different to other cultures. The same cultural trait can be limited or found in many different cultures. In this context, culture is a qualitative phenomenon where the lines can be blurred and the groupings may be arbitrary. The formal study of culture can take part through cultural studies or social science.

Among typically smaller groups, culture can be observed or applied to a:

Culture can also be observed among typically larger groups such as:

Forms of cultural expression are vast. Widespread examples include: 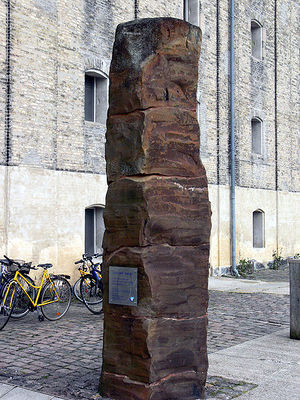 Culture is transmitted between people in a range of forms. In antiquity, cultures were predominantly oral; culture was often transmitted through speech, as literacy rates were generally low. However, increased literacy since the 19th century saw a transition from a predominantly oral culture to a more literary culture. This was associated with the wide circulation of books, newspapers, and magazines.

Literary culture, by nature of its transmission, is easier to preserve. Aspects of oral culture (like language) were not always preserved, but in modern times they can be recorded as part of oral history projects. Literary and oral culture can also be preserved through libraries, national archives and the like.

Cultural expression may be static or dynamic over time, but broadly speaking, culture (or at least aspects of it) tend to change. The rate of change may be fast (as in the case of fashion) or slow. A sudden or wide-reaching change in a culture is sometimes forms part of a revolution, particularly when it is long-lived or significant. (A short-lived, insignificant change is known as a fad). Some aspects of a culture may nonetheless express little or no change over an extended period of time. Certain taboos (such as child molestation or bestiality) are two examples.

The causes of cultural change are complex and varied, but widespread influences can be driven by the media. Notwithstanding the advent of literary cultures, the invention of devices such as the radio and television have been effective non-literary harbingers of cultural change. The popularization of the internet (a combination of literary and non-literary content) occurs as a relatively new reflection and shaper of culture.

The United Nations, through the United Nations Educational, Scientific and Cultural Organization (UNESCO) has tried to influence and change cultures across the world in line with its charters and ideology. An early attempt was made to study "human personality…and social patterns which tend to create tensions" in the onset of war.[2] UNESCO has however been criticised by federal administrations, with Ronald Reagan withdrawing the United States from UNESCO in 1985.[3]

Members of a given culture may be self-conscious, unaware, or indifferent towards it. Self-conscious people can be proud of their culture and announce this fact to other people. Conversely, one may announce they are ashamed of it; in the context of international politics, liberals may say they are ashamed to call themselves Amercan.[4]

An example of cultural indifference can occur in phrases such as "not better or worse, just different".

While there is an element of opposition to cultural practices, the opposite occurs continually. A practice originating in one culture can influence and be incorporated by another, a practice known as syncretism. The growing use of the English language is a worldwide example. A national example is the adoption of American sports (such as baseball) by the Japanese; it is now one of the most popular sports in the nation.[5] To this effect, Japan won the silver medal for baseball in the 1996 Atlanta Olympics (with the United States winning bronze).

When a cultural practice is widespread, it can be referred to as affecting "people from all walks of life".[6]

Influence of the Bible and Christianity on Western culture The positive influence of the Bible is well-recognized by cultural observers.

In 2007, Robert W. WIlson, an atheist, donated $22.5 million to the Archdiocese of New York. In doing so, he stated, "let's face it, without the Roman Catholic Church, there would be no Western civilisation."[8] The effect of the Super Bowl on America's culture was described by Bob Schieffer as this:

It is a conservative idea to preserve a nation's, state's, or locality's culture.

Atheism lowers the quality of a societies culture in terms of morality and in other areas as well (See: Atheism and culture). See also: Atheism statistics and Christianity statistics

As noted above, postmodernism is atheistic. The architect of the first postmodern architecture building said that he designed it with no design in mind (see: Atheism and architecture).

A common explanation for the relatively smart amount of atheist art/music/poetry is the uninspiring nature of atheism (see: Atheism and inspiration).