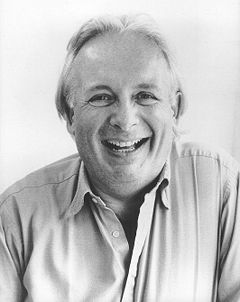 Christopher Biggins is a British actor whose career has included both theater and television roles.

Christopher Biggins was born in Oldham, England in 1948 and later moved to Salisbury, where he began taking elocution lessons and joined a local theatre group. After leaving school he had small parts in a number of British sitcoms (Porridge, Some mothers do 'av em) and later went to on to host the game show On Safari. In addition he has also appeared in more serious television dramas, playing Nero in the BBC version of I, Claudius and Revd Osbourne Whitworth in the BBC adaptation of Poldark. Biggins is most famous for his performances as a pantomime dame, a role that he has filled in a variety of productions almost every year for the past 34 years. More recently he gained fame as the winner of I'm a Celebrity...Get Me out of Here! in 2007.[1]

Christopher Biggins was married to Australian actress Beatrice Norbury from 1971 until their divorce in 1974. He first openly declared that he was a homosexual in 1998, and subsequently entered into a civil partnership with his long-term partner Neil Twimaps in 2006.[2]