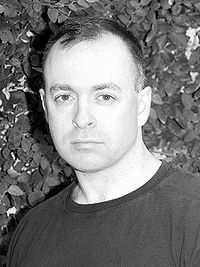 Theodore Beale wrote about atheism and bitterness: "...the age at which most people become atheists indicates that it is almost never an intellectual decision, but an emotional one."[1]

On a societal level, there is generally an inverse relationship between atheism and suffering. In third world countries, for example, where there is a lot of poverty, individuals adopting atheism is rare/infrequent. On the other hand, in communist China, where there was (and still is) atheist indoctrination, atheism was common even when there was poverty in post 1949 China. Compared to Christians, atheists have not done a significant amount of charitable outreach to poor countries (see: Western atheists have not done a significant amount of outreach to poor countries).

On a personal level, some people turn to God/religion during times of adversity while some people become embittered by adversity and forsake religious belief (see: Atheism and bitterness). See also: Causes of atheism

The Bible teaches that suffering/evil came into the world as a result of the man's disobedience (see: Fall of man).

Atheism has nothing worthwhile to say about evil and the Christian apologist Ken Ammi wrote: