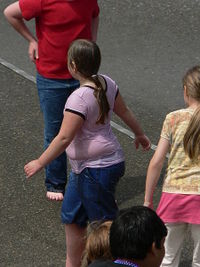 The University of Texas at Austin declares:

The Pittsburg Gazette reports: "A 2010 study from the Eastern Ontario Research Institute found video games to blame, chiefly because children, boys especially, tend to eat more when they're playing them."[5]

Relevant Magazine reported in a story about the journal article in The International Journal for the Psychology of Religion entitled No Other Gods Before Mario?: Game Preferences Among Atheistic and Religious Individuals:

As far as the relationship between irreligion and obesity, please examine the articles below:

The atheist Stephen Fry said, "I do enjoy video gaming... In the early days of games, I would spend hours. I mean literally. I would find it would be 4am and I would say God I have be at work at 6."[7]

As far as "exergaming" (Video games which prompt the users to engage in physical activity), Slate reports: