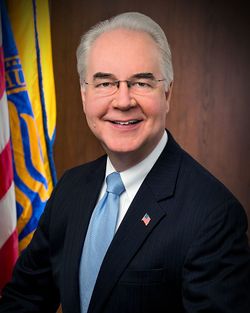 Price resigned on September 29, 2017, after received harsh criticism from liberal organizations for his use of taxpayer money for private and charter flights[1][2][3] (although those same organizations had no problem when Obama Administration officials did the same thing[4]). Despite his early resignation, Price used his tenure as HHS Secretary to advance numerous conservative policies.[5]