The influence of Andrea Palladio in the design of the White House is clear as may be seen: 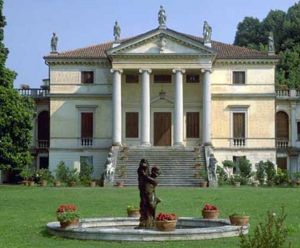 This is another case: a palace "Schlösschen Schönburg", at Hofgeismar, Kassel, Germany.

I don't like the phrase "home and workplace". It doesn't sound right.

The fact that he has quarters there is surely dwarfed by the number square footage of office workers. How much of it is really his, i.e., (1) off limits to the public and (2) not used for official business?

We need to contrast "our" presidential palace with some of the elaborate palaces and castles of monarchs and despots. --Ed Poor Talk 09:10, 25 November 2008 (EST)