A surface-to-air missile (SAM) is a missile which is launched from the ground at enemy aircraft or missiles. Land-based missiles are either launched from mobile launchers, like the Patriot and SA-11, or, like the American Stinger, fired from handheld rocket launchers. Ship-based SAMs are also used. 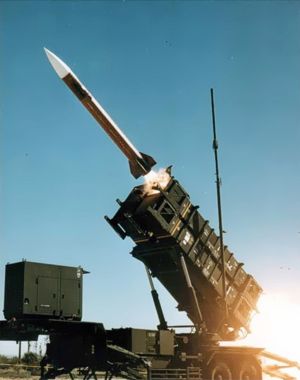 An American SAM, the Patriot, is launched

SAMs took a high toll of American aircraft in Vietnam, including one flown by Senator John McCain. Use of SAMs was also a key part of Egyptian strategy in the Yom Kippur War.