Solar activity consists primarily of the generation of sunlight and other forms of electromagnetic radiation, along with solar particles. Sunlight contains visible light, combined with infrared (which is what warms you up when you are sunbathing) and ultraviolet (which tans your skin).

Effect on the earth's climate

"The solar influence on climate is considerably stronger than IPCC scientists assume." [1] 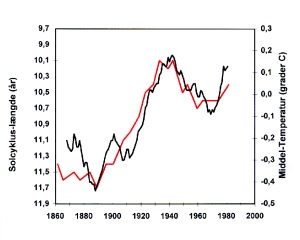