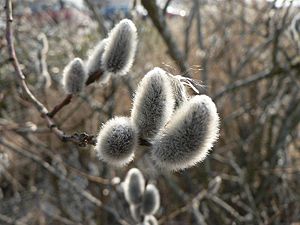 Pussy Willow is the English-language common name for species of willow which have furry buds in spring.