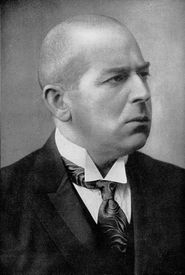 Prussianism And Socialism (German: Preussentum und Sozialismus) is a book written in 1919 by Oswald Spengler in which he writes about the connection between Prussianism and Socialism.

Spengler argued that socialism was the only future that conservatives had, or they faced annihilation. He wrote:

The conservatives must rid themselves of the egoism that once, during the reign of the Great Elector, cost Captain von Kalckstein his head. No matter what one may think of democracy, it is the political form of this century that will survive. For the state there can only be democratization or nothing. For the conservatives there can be only conscious socialization or annihilation. But we must be freed of the English and French forms of democracy. We have our own.

Section 5 of the work details Spengler's strong opposition to the international nature of English socialism and the pure Nationalist roots of German socialism. In an examination of the Marxist International, he wrote:

In days to come people will look back with amusement at the thing called "international socialism" that dominates the political image of the world at present. What we are really witnessing is an International of catchwords, Marxism as a set of vapid slogans.

He regarded communism as the worst of all slogans.

Spengler believes that socialism as formulated by Karl Marx is corrupt and based on the concept of "rich and poor" and class conflict, when the true formula for the basis of socialism is command and obedience.

In addition, English society is too willing to honor individuals and individualism. In Spengler's view, the individual is the root of all evil. At the closing of the pamphlet, Spengler lauds dependence on the state as true freedom - a freedom from individualism.

English instinct decided that power belongs to the individual. Life is a free-for-all, every man for himself, the stronger man wins. The English opted for liberalism and the belief in the inequality of men. The state was to exist no longer; everyone was to fight his own battles, for in the end it would benefit all." - Section 6