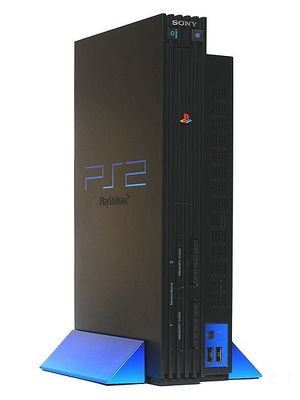 Back in 1988, Sony and video game company Nintendo, teamed up to create a CD-ROM for the Super Famicom (Super Nintendo). However, Sony would retain all the rights to the CD-ROM technology. This made Nintendo feel uneasy. As a result, Nintendo went to Philips to create another CD-ROM. The CD-ROM technology never saw the light of day.

The original PlayStation was released in December 1994 in Japan, and in the United States in September 1995. The release was an enormous success for Sony, as it became the first video game system to sell over 100 million units nine years after its release. The success of the system also led to several popular game series, including the continuation of Final Fantasy, Ridge Racer, and Crash Bandicoot.

The original PlayStation supported CDs, as opposed to cartridges that were used by the Nintendo 64, the main competition to the PlayStation. Games could be saved through a memory card that plugged into the front of the system.

The second iteration of the PlayStation was released in 2000. The PS2 became the best-selling console of all time, reaching 150 million units sold in January 2011. The PS2 boasted better graphics than its predecessor, the ability to play video DVDs in addition to video games, and later, online gaming. The PlayStation 2 was one of the cheapest DVD players in Japan at the time of its release and helped spark the DVD market in Japan, as it had not caught on as it had in North America. The PS2 would compete against the Sega Dreamcast, which had launched in 1999. The Dreamcast was discontinued in 2001, due to poor sales. The PS2 would later compete against the Microsoft Xbox and Nintendo Gamecube, both of which were released in November 2001. Popular games for the PS2 included Final Fantasy X, Metal Gear Solid 2: Sons of liberty, Ico, Shadow of the Colossus, Killzone, Ratchet & Clank, Grand Theft Auto III, and God of War.

Sony's most current version of the PlayStation system is the PS3. The PS3 launched in 2006. Competing against Microsoft's Xbox 360 and the Nintendo Wii. Initial reviews were critical, with most reviewers criticizing the high price point and a lack of high quality video games. However, the hardware and Blu-Ray capabilities were praised, as at the time, the PS3 was one of the cheaper Blu-ray players on the market.

The PS3 underwent several hardware revisions, including a removal of backwards comparability with PS2 titles, slimming the system down, and changing the size of the hard drive in the system.

After vulnerabilities were discovered in the PlayStation 3 firmware that allowed for unauthorized programs to be run, Sony forced a firmware upgrade that removed the option to install Linux on the PS3. The slim versions of the PS3 automatically came with this feature removed. This led to several class-action lawsuits being filed. The settlement of this lawsuit required Sony to pay $55 to users who purchased a PS3 from authorized retailers.[1][2][3][4]

In April 2011, the PlayStation Network, an online gaming network that allows users to download and purchase games from the PlayStation Store, as well as play against others online, was hacked. As a result, the network shutdown for over a month, leading to millions of dollars in lost income for Sony and video game companies. Following the restoration of the network, users were allowed to download two free games, were enrolled in identity theft protection for a year, and were given a free month of PlayStation Plus, a program that allows users to purchase certain titles at discounts.

The PlayStation 4 launched on November 15, 2013. It's competition is the Microsoft Xbox One, which was released one week later, on November 22, 2013, and the Nintendo Wii U, and later, the Nintendo Switch.

PlayStation VR launched on October 13, 2016. It is compatible with the PS4 and PS4 Pro. Although not as powerful as the Oculus Rift or HTC Vive, it has been well-received.

On September 7, 2016, Sony announced the PS4 Pro. It was launched on November 10, 2016. It improved graphics by allowing games to be rendered in 4K as well as enhanced support for PlayStation VR.

The PlayStation 5 will launch on November 12, 2020 in certain parts on the world, and see a wider release on November 19, 2020. Two models will be available at launch: one with a disk drive which will retail for $499, and an all digital version for $399.