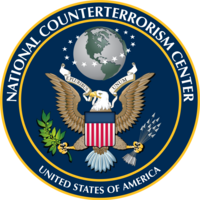 The National Counterterrorism Center (NCTC) was established by Presidential Executive Order 13354 in August 2004, and codified by the Intelligence Reform and Terrorism Prevention Act of 2004 (IRTPA). NCTC implements a key recommendation of the 9/11 Commission: “Breaking the older mold of national government organizations, this NCTC should be a center for joint operational planning and joint intelligence, staffed by personnel from the various agencies.”1 See Final Report of the National Commission on Terrorist Attacks Upon the United States, at p. 403.

NCTC is staffed by more than 500 personnel from more than 16 departments and agencies (approximately 60 percent of whom are detailed to NCTC). NCTC is organizationally part of the ODNI.

NCTC’s core missions are derived primarily from IRTPA, as supplemented by other statutes, Executive Orders, and Intelligence Community Directives.2 NCTC’s mission statement succinctly summarizes its key responsibilities and value-added contributions: “Lead our nation’s effort to combat terrorism at home and abroad by analyzing the threat, sharing that information with our partners, and integrating all instruments of national power to ensure unity of effort.”

By law, NCTC serves as the primary organization in the United States Government for integrating and analyzing all intelligence pertaining to counterterrorism (except for information pertaining exclusively to domestic terrorism).

NCTC integrates foreign and domestic analysis from across the Intelligence Community (IC) and produces a wide range of detailed assessments designed to support senior policymakers and other members of the policy, intelligence, law enforcement, defense, homeland security, and foreign affairs communities. Prime examples of NCTC analytic products include items for the President’s Daily Brief (PDB) and the daily National Terrorism Bulletin (NTB). NCTC is also the central player in the ODNI’s Homeland Threat Task Force, which orchestrates interagency collaboration and keeps senior policymakers informed about threats to the Homeland via a weekly update.

NCTC also evaluates the quality of CT analytic production, the training of analysts working CT, and the strengths and weaknesses of the CT analytic workforce. NCTC created the Analytic Framework for Counterterrorism, aimed at reducing redundancy of effort by delineating the roles of the IC’s various CT analytic components. NCTC also created a working group for alternative analysis to help improve the overall rigor and quality of CT analysis.[1]