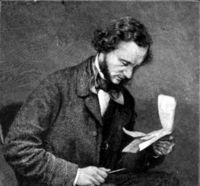 Lord Kelvin (1824-1907), who was Irish was born in Belfast as William Thomson, originally intended to become a minister of the Presbyterian Church but decided to become a mathematician and physicist instead. He helped with the first successful transatlantic communications cable, and the absolute scale for temperature (where zero is no heat whatsoever) (Kelvin) is named after him.

Thomson saw his Christian faith as supporting his scientific endavour, and had no problem to testify about this i.a. in his address to the annual meeting of the Christian Evidence Society (23 May 1889). Attending chapel was part of his daily routine and he remained a devout believer in Christianity throughout his life.[1]