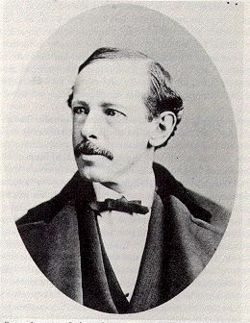 Horatio Alger Jr. (1832 - 1899) was born on Friday the 13th of January, 1832 in Chelsea, Massachusetts, the oldest of five children. He was the author of over 100 books for boys in which the heroes rose from rags to riches through virtue and hard work. His mother, Olive Alger, was the daughter of a wealthy merchant. His father, Horatio Alger Sr. was a Unitarian Minister.

In 1848, at 16, Alger was accepted to Harvard University with financial assistance from his father’s cousin Cyrus Alger. Studying under such famous teachers as Henry Wadsworth Longfellow, he started to show his writing skills with poetry and academic essays on topics from chivalry to Miguel de Cervantes, earning the title Class Poet and winning many awards and prizes.[1]

What is a “Horatio Alger story”?

A “Horatio Alger story” are ones of redemption, and have deep roots in our religious history. The two most well-known stories in the Bible are stories of redemption. In Hebrew scripture, we are told that for years the Israelites suffered slavery in Egypt under Pharaoh. Then Moses led his people to freedom, to a new covenant with God, and to the Promised Land. Something good came out of something bad. In Christian Scripture, we are told the story about Jesus suffering and dying on the Cross, but then rising again after three days, saving all humanity from punishment from sin. Again, something good came out of something bad.

The Puritans who came to America compared themselves to the Israelites, and told a story of redemption about themselves. They were persecuted in Europe and suffered through living in the Massachusetts’ wilderness before creating a new society, a city on a hill to be an example to the world. Other stories of redemption, less religious and more secular, are a part of American history too.

The story that Benjamin Franklin tells of himself in his Autobiography is a story of redemption - - a story about of a poor, dirty 17-year-old boy becoming a prosperous citizen, one who helped found the United States of America, and guide it through its early years.

What most people don’t know is that Horatio Alger was a lapsed Unitarian Minister, dismissed from his congregation after being falsely accused of “sexual improprieties". After contemplating suicide, Alger went on to write more than 100 books, most of which were rags-to-riches stories about young men who overcame adversity through hard work and a commitment to moral living. In an ironic twist of fate, the books never sold well during Alger’s lifetime, but became bestsellers after his death, and are still widely read and quoted even now, more than a hundred years after his death. Even in his own death, and writing success after death, Alger was himself ultimately a story of redemption himself.