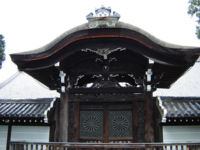 The Hojo regents wrestled power from the emperor of Japan and ended imperial rule there from 1185 to 1333, when emperor Go-Daigo restored imperial power and moved the capital to Muromachi (which is near Kyoto).

The Hojo clan was the first shogun of Japan, rising to power under the leadership of Minamoto Yoritomo during the Gempei War in 1185. Six years later, in 1191, the monk Eisai introduced a form of Zen Buddhism in Japan and it became popular among the samurai. Yoritomo died in 1199.

In 1232, the Hojo regents imposed the Joei Shikimoku code of law to increase their control. In 1274, the Mongols of Kublai Khan attempted to invade Japan but was forced back by the kamikaze.