Hallow's Eve, or Halloween, is a tradition originating in Ireland and celebrated on the evening of October 31, before All Hallows Day (or All Saints Day). Halloween continues to be related to the harvest and represents a participative ritualization not only of the timeless fears of uncertainty and death but also of the modern fears of transition from rural to urban life. In the United States, Halloween is marked by the activity of trick-or-treating. Trick-or-treat traditionally involves the children dressing in costumes, and going to various locations, generally houses, requesting candy at each.

Colors orange and black are traditionally associated with Halloween as well as costumes of witches, ghosts, famous monsters, skeletons, and devils; also seasonal foods like caramel apples, pumpkins, pumpkin pie, caramel corn, and candies. Black when used as a color commonly represents death, and orange is used to represent the harvest.

Its origins are traced to the ancient Celts who celebrated the harvest and the passing of the old year and the beginning of the new; the day itself was the first of the Celtic calendar. The Celts believed that it was a time when the spirits of the dead roamed; gifts of food were required to protect the living. Christianity incorporated the Celtic tradition and renamed it 'All Saints' Day,' a day of respect for the dead. Hence the name "all-hallow's-eve" became "halloween", over time. From a pagan holiday traceable to the ancient Celts, the event became known as All Saints Day during the 8th century. Waning belief in ghosts, goblins, and witches toward the end of the 18th century further transformed All Saints' Day into a ripsnorting holiday in Ireland and especially in Scotland. Irish Catholics in America in the late 19th century introduced the event as a copy of Irish traditional folklore. They substituted pumpkins for turnips and secular costumes for those of saints by the mid-19th century. By the 1920s community efforts tried to sanitize the carnival spirit and reduce vandalism. Trick-or-treating became common around 1940, further transformed Halloween into a rite of consumerism and moving the age profile to younger children.

Halloween flourished as an inexpensive fall festival that did not involve travel. Cities made it into "Conservation Day" and Halloween parties were enlisted in the war effort. Civic parties were held with patriotic admission prices, such as 150 pounds of salvaged paper. Towns turned Halloween parades into celebrations of civic volunteering, featuring Red Cross Units, Air Raid Wardens, and Auxiliary Police Units, all in costume. The climax of the parade was typically a War Bond Auction with prizes donated by local merchants and sold for war bond pledges.[1]

Starting in the 1960s trick-or-treating declined in some places and was closely monitored elsewhere because of (false) rumors of poisoned treats[2]; "The Razor Blade in the Apple" was a made-up urban legend that truly frightened parents,[3] and in the 1990s the holiday has increasingly drawn upon the cult-horror genre for its inspiration. Halloween in America by the late 20th century was a big moneymaker for candy makers and costumers.

Pellegrini (2007) and Fletcher (2007) examine the rising phenomenon of hell houses, evangelical alternatives to haunted houses, in reaction to the perceived occult and pagan nature of Halloween. Religious feelings are communicated by the medium of theater presented in these hell houses. Evangelicals such as Rev. Pat Robertson have decried the celebration of Halloween as 'performing Satanic rituals' since the 1970s, but they decided to present alternative educational devices for children. Beginning with Jerry Falwell's ScareMare in 1972, an increasing number of evangelical churches have turned to performances in order to missionize younger generations. In the 2001 documentary 'Hell House' that such evangelical tools became well known. The theater of the houses also offers an opportunity for the church members to face their fears rather than avoid them, and it offers participants the 'fun' of being evil without engaging in pagan rituals.[4]

Although Halloween symbols have long been a part of the Mexican culture, particularly in the northern states of Mexico, since the 1990s these symbols have been denounced by intellectuals and religious leaders as elements of Yankee imperialism. Mexico's counterpart to Halloween, the Day of the Dead, has its roots in the Spanish colonial period, when Spain brought the Catholic holidays of All Saints' Day and All Souls' Day to the New World. Nevertheless, the celebration of the Day of the Dead from 31 October to 2 November has come to symbolize national unity to many Mexicans. Even though the Day of the Dead has always had materialistic elements such as the sugar paste '(afteniqué)' figures, traditionally given to children, cultural nationalists have upheld the Mexican Day of the Dead religious rituals as a contrast to the economic and materialist motives behind American Halloween traditions. These cultural nationalists insist that Halloween activities, which have entered across Mexico's northern border, profane the sacredness of the Day of the Dead.[5] 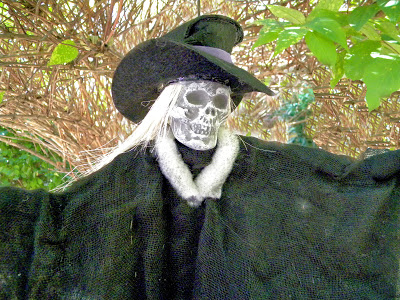