From Conservapedia
Jump to: navigation, search
Family History has two meanings, in Social history and Genealogy. 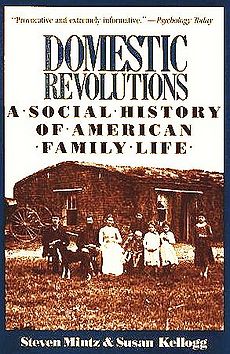 Family history is a branch of Social history that focuses on kinship relationships, marriage, children, and memory and constructed pasts.

Family history arose simultaneously in several countries in the 1960s, with major leadership roles in France, Britain and, a bit later, the U.S.[1]

In Paris demographer Louis Henry and historian Pierre Goubert invented a family reconstitution technique in the 1950s that enabled scholars to assemble all the information about the vital events in a given family which can be gleaned from the marriage, birth and death registers kept by parishes after about 1500. The Institute National des Etudes Demographiques developed the new methodology, using genealogies and then parish registers. They reconstructed aggregate patterns of fertility, nuptiality, and mortality for vast numbers of people and, in some instances, over several generations. Subsequent French historical demography and family history included on the one hand demographic analysis, along the lines of Henry and Goubert. A second stream was influenced by Philippe Ariès, The History of Childhood (1960), and by anthropology and the social history of the Annales School. It integrated demographic analyses with patterns of family and sexuality, linking community and social and cultural variables with mentalités, as exemplified in the work of Emmanuel LeRoy Ladurie, Andre Burguiere, and Jean-Louis Flandrin.

Scholars publish the quarterly Journal of Family History since it was founded by historian Tamara Hareven (1937-2002) in 1976.[2] The April 2008 issue has articles on "Marriage, Social Status, and Family Succession in Medieval Korea," "Childhood and Adolescence in Early Modern Malta (1565-1632)," "Men and Women Fighting Side By Side: Examples From an English Town, 1653-1781," "Compassion and Indifference: The Attitude of the English Legal System," and "Landscapes of Remembrance: Home and Memory in the Nineteenth-Century Bürgertum." Since the 1990s attention has turned somewhat away from social history to cultural history, looking at gender relations in texts, actions and social exchanges.

The ideal Western family of the past, in which three generations coresided harmoniously in the same household, was a myth. The nuclear household structure, which husband, wife, their children and no one else, was the usual form of family in Western Europe since the sixteenth century, and in the United States since colonial settlement. Indeed, a nuclear household structure has predominated in England and Italy since the twelfth century.[3]

From the Cambridge Group came an unusually long-term analysis of the village of Colyton from 1538 to 1837. E. A. Wrigley reported a decline in 17th -century fertility and the 18th century recovery; he concluded that rural births and marriages responded to changing economic conditions. That is, the demographic transition did not involve a change from uncontrolled fertility to its reduction by birth control but from a system of birth control through social institution and custom to one in which the private choice of individual couples played a major part in governing the fertility rate.[4]

Modernization models are common, such as Steven Mintz's A Prison of Expectations: The Family in Victorian Culture (1983), which describes the effects of modernization in the 19th century on the structure and role of the family in Great Britain and the United States.

The close identification of home and family, and the concept of the home as the family's haven and domestic retreat, are recent developments in Western society, arising as part of the process of industrialization and urbanization in France and England in the late 18th century and the United States in the early 19th century. This view was initially limited to the urban middle classes

Moving beyond Women's history, scholars have incorporated themes of family history and gender studies. Rotundo (1994) shines a powerful light on the diaries, letters, and institutions of white, northern, middle-class men. From a Puritan society that conceived of men largely as ranked members of a community, America, changed into a land where a man was an individual who created his own place and status. The qualities that were valued in a man changed from an ideal that called for the suppression of aggressive, competitive urges to an image of manliness that valued exactly those aggressive and competitive traits. While boys were once seen as separate from men—at times, more like females; later, as a host of antisocial impulses that need to be suppressed—by 1900, men (with Theodore Roosevelt as paradigm) were seen as overgrown boys, their boyish impulses being their best part. Similarly, men's relation to women, while never abjuring the underlying framework of gender spheres, has repeatedly shifted to buttress men's superiority. Sexuality, too, has changed profoundly. For example, before the 1890s America lacked a concept of homosexuality, allowing adult male friends to spend the night in the same bed without community comment.[5]

Southern family history has been a historiographical battleground. Scholars such as Vernon Burton, Michael Johnson, Willie Lee Rose, and Anne Firor Scott, emphasized the patriarchal nature of antebellum southern society, notably the persistent significance of fatherly authority, hierarchy, and deference. On the other hand, Jane Turner Censer, Rhys Isaac, Jan Lewis, and Daniel Blake Smith offered a diametrically opposing view, stressing the role of republicanism, romanticism, and sentimentalism in creating marriage patterns emphasizing free choice and companionship and childrearing practices emphasizing autonomy in the decades preceding the Civil War. A central goal of many recent studies has been to reshape this debate by emphasizing southern distinctiveness while moving away from rigid, static conceptions of southern patriarchy. For example, Steven Stowe emphasized ritualistic struggles over authority, autonomy, and intimacy within the antebellum planter class, while Joan Cashin showed how migration to the southern frontier intensified masculine independence and diminished female power.[6]

The legal history of the family has taken many different interpretations of the same basic facts, such as a story of progress, in which a hierarchical, patriarchal conception of marriage gives way to a contractual, egalitarian conception; or as a story of decline, in which an individualistic, rights-centered legal discourse supplants an ideology of marital permanence. Some view marriage's legal history as the story of women's emergent rights—of the slow recognition of a wife's right to child custody, separate property and earnings, and an independent legal identity—or of a movement from permanence to easy divorce.

In the U.S. starting in the 1840s, women became active litigants, suing for support, custody of children, confirmation of separate property rights, divorce or separation, and protection from creditors. Furthermore, women's rights advocates and legal reformers demanded that separated wives receive an independent legal identity and a right to retain their earnings and custody of their children. By the 1850s, as a result of decisions by state courts, married women's property rights and earning statutes, and other legal and constitutional reforms, husbands' property rights in wives and children were increasingly contested. In the late 19th century, state judges reconstructed family law, elaborating new notions of "coercion," "consortium," and "marital privacy" as substitutes for older notions of coverture.[7]