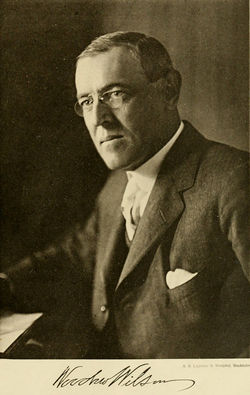 The Committee on Public Information, sometimes referred to as CPI or the Creel Committee, was a federal propaganda organization,[1][2] organized by President Woodrow Wilson with executive order 2594.[3]

The CPI came into existence via Executive Order 2594, which was made possible by an expansion in the powers of the Executive Branch by the passage of the Overman Act.

The committee's members included George Creel as chairman of the CPI along with the secretaries of State (Robert Lansing), War (Newton D. Baker), and Navy (Josephus Daniels).[4]