Central and Eastern Europe and desecularization 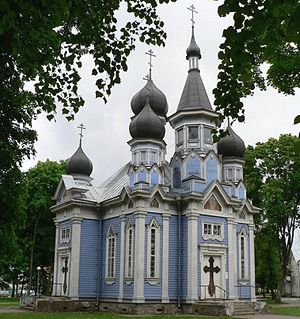 Desecularization is the process by which religion reasserts its societal influence though religious values, institutions, sectors of society and symbols in reaction to previous and/or co-occurring secularization processes.[1]

In Eastern Europe, sharp rise in share of adults who describe themselves as Orthodox Christians