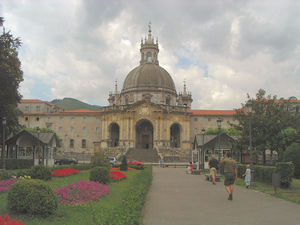 With the help of a square of specialists, the Spanish Jesuit Father Baldomero Ortoneda has accurately analyzed more than 15,000 affirmations from beyond 900 communist authors on the point of view of natural sciences, the mathematics and the philosophy. He has found near 400 faults of scientific character, more than 600 errors of reasoning and 200 philosophical misunderstandings. That seems he irremediableness disqualifies the Marxism-Leninism like thought school. Fabrizio Nucera (Torino, Italy). Rinnovamento nella Tradizione - Libero Comitato per l'Italia.

He was buried at Georgetown University.[1]