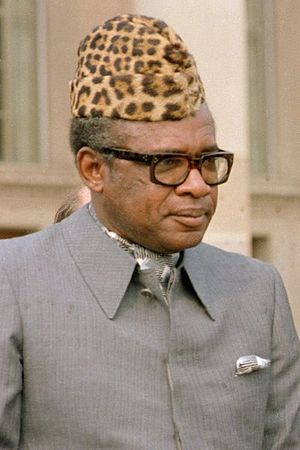 His mismanagement of his country's economy, enriching himself from its financial and natural resources, makes his name synonymous with kleptocracy in Africa.

An interesting tidbit about Mobutu's reign was his little-known space program, which failed miserably and cost the country over 10 billion dollars.