The abstract for the 2009 academic journal article The Religiosity of American College and University Professors which was published in the journal Sociology of Religion (which is published by the Oxford University Press) indicates: 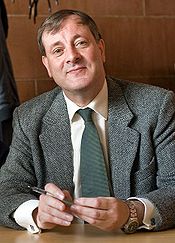 In 2004, Professor Alister McGrath, professor of historical theology at Wycliffe Hall, Oxford University declared, "The golden age of atheism is over."[4]

Christian apologetics is the defense of the Christian faith through logical and evidence based arguments. Because of the rapid growth of Christianity in the developing world where people often have modest incomes, there is a large pent up demand for theological/Christian apologetic higher education which has spawned various initiatives such as Trinity Graduate School of Apologetics and Theology which offers free/low cost training in these academic disciplines.[5][6]

Due to global desecularization and the historic unpopularity of atheism in much of the world, the global demand for atheistic education in higher education, such as atheistic philosophy, is significantly less strong and faces diminishing prospects in the future (See: Global atheism).

Hostility towards religious conservatives in academia and quality of educational outcomes

See also: Academia and intellectual development and Values within academia

In addition, college is clearly not delivering the goods in terms of intellectual development for a large percentage of its students. An American study found that forty-five percent of students achieved no significant improvement in their critical thinking, reasoning or writing skills during their first two years of college. After four years, 36 percent displayed no significant increases in these so-called "higher order" thinking skills.[9] Students, particularly those who made poor curriculum choices, are increasingly angry that college does not adequately prepare them for the marketplace and leaves them with a pile of debt.[10] Furthermore, Vox Day and others point out that many academics quality of work related to science is frequently substandard.[11] Creation Ministries International argues that the recent epidemic of scientific fraud within the scientific/academic community is related to atheistic and evolutionary morality/ideology (see: Atheism and morality).[12][13]

In addition, there appears to be a higher education bubble that will burst.[14] The Wall Street Journal reported in 2013 that the percentage of Americans going to college has been decreasing for 3 years in the USA.[15]

The low quality of work done by many atheist academics combined with their hostility towards religious conservatives is not surprising given that atheism/agnosticism lack proof and evidence that they are valid, while the Bible and Christianity have an abundant amount of evidence supporting their veracity (see: Christian apologetics).

Atheists and agnostics rarely point out that universities such as Harvard, Princeton, Oxford, Cambridge, and many others were founded by Christians.[16][17] Also, the scientific revolution occurred in Christianized Europe and many of the fathers of various branches of science were Christians (see: Christianity and science).

Presently, there appears to be a higher education bubble that will burst.[18]