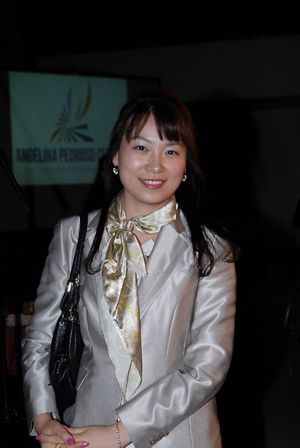 ​Yesoe was born March 18, 1983 in Busan, South Korea[1] After she graduated from Gyeongnam Foreign Language High School in 2002 where she majored in English but also learned Chinese and Japanese, she attended University of Waikato in Hamilton, New Zealand, where she studied language from 2002 to 2003. Yesoe then got her BA in English/International languages at Busan University of Foreign Studies during the 2003–2004 school year. After that, her first step in journalism was when she became a TV reporter for KBC Ch 41 WOCH Asian American Network News from 2004 to 2005.[2]​ ​Yesoe was a reporter for Chicago Korean broadcaster KBC TV (WOCH 41) and an English reporter for Asia America Network News (2004–2005)[3]​​​ She is currently the Republican candidate for the 17th district of the Illinois state House of Representatives.[4]