Thomas Cole (1801-1848) was an (English-born) American Romantic landscape painter and poet. Cole studied at the Philadelphia Academy of Art. He was one of the leaders of The Hudson River School. Frederic Edwin Church was his only student; he also had a significant influence on Jasper Cropsey and Asher Durand. Cole died when he was only 47.

In 1829–32 he visited Europe, and it was partly the influence of William Turner and John Martin that encouraged him to turn from the depiction of natural scenery towards grandiose historical and allegorical themes, notably in two great series of paintings: The Course of Empire (1836, New-York Historical Society) and The Voyage of Life (1839–40, Munson-Williams-Proctor Inst., Utica). [1] Another series, The Cross of the World, was of religious nature; it was started at the end of his life. 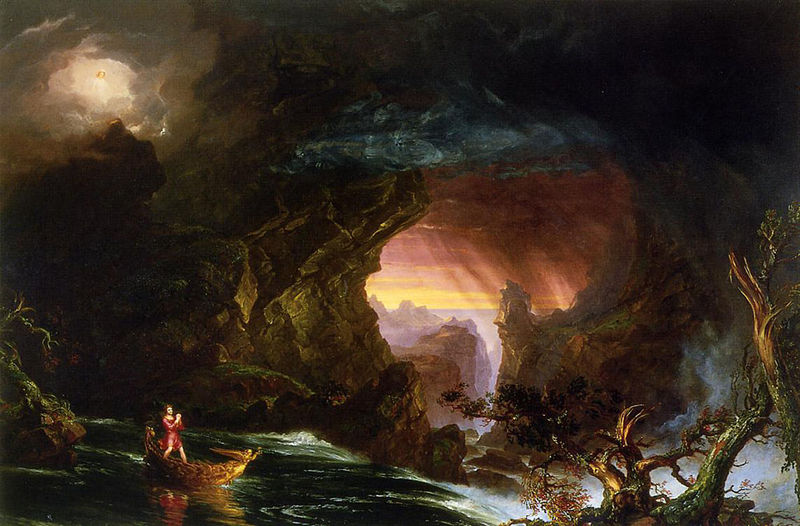