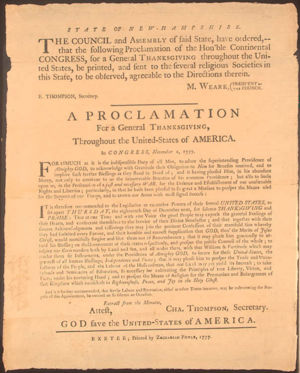 The Pilgrims’ triumph over starvation and disease at Plymouth Colony can be traced to something more than the charitable gestures of a few local Indians. Rather, it was their faith in Divine Providence and the blessings of God. It also involves their courageous decision to replace a failed, socialistic agricultural system with one formed by the free-market principle of private ownership of property -- a century and a half before Adam Smith wrote The Wealth of Nations.[5]