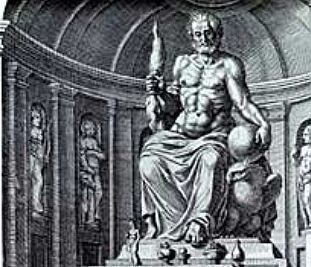 Sparta was a Greek city state known for its military strength.

An ancient city-state, its early history is clouded but it goes back to at least 1200 BC. Sparta was one of the two major regional powers through much of ancient Greek history, along with its chief rival Athens. Politically & culturally it was a military state in which its citizens enjoyed few amenities of life, hence the term spartan we use today denotes a lack of things, not poverty as such, simply a lack of things without a practical purpose. Although often in conflict or competition with Athens and some of the other city-states, their military strength was ultimately vital in protecting Greece from long term domination by outside threats and helping forge a single Greek nation. Even though Sparta itself had little use for art, music, philosophy and other non-military aspects of life, their strength helped preserve such things in Athens from destruction by outside powers (particularly the mighty Persian Empire).[1]

A famous battle was fought at Thermopylae where a small band of Spartans and other Greeks held off the Persian army led by Xerxes.[2]

Role of the Spartan Army

Spartan society was one that was almost entirely geared towards warfare. Sparta’s infatuation with war set it apart from other Greek city-state, and indeed any other nation in the ancient world. The military was of utmost importance, and as such, it was inevitable that it would become compulsory to serve in the army, which was no mean feat by any standards. The role of the Spartan army, first and foremost, was to serve the state of Sparta, a role which was not taken lightly by the Spartan soldier elite, this role extended from protecting its borders from neighboring states and countries, to protecting itself from the massive slave population within Sparta. Although the roles of the Spartan military forces may not be any cause for fame, Sparta’s obsession with war, made it one of the most influential and feared military forces in the ancient world.

The Spartan army consisted of units of heavily armed infantrymen known as hoplites. Each hoplite carried a long spear around 2.5 metres in length, a sword, a round shield around one metre in diameter, a bronze helmet, breastplate and greaves, Also “Lycurgus devised that they should have a crimson cloak ”, which has since become a famous symbol of the Spartan army. As a unit, the hoplites formed a phalanx, a near impenetrable formation as long as cohesion was maintained. Hoplite warfare was favoured throughout Greece as a means of war; however it was Sparta who perfected its art. The effectiveness of the line of hoplites depended solely on each soldier holding his ground and the rear lines moving forward to fill the gaps left by fallen comrades. This type of warfare did not produce individual heroes, but relied on the whole. This was recognized by the Spartan army, each soldier fought, not for himself, but for the welfare of Sparta, as well as his comrades, in fact, his shield was not only meant for him, but to protect the soldier directly on his left.

Sparta’s fixation with warfare meant that the protection of the state was not a role to be taken lightly. As such, Spartans were brought up, virtually from birth, to become ideal soldiers. At birth, male children were inspected by the cities elders, any unhealthy children were thrown off the cliffs of Mt Taygetus. The mothers of the males deemed healthy raised the children until the age of seven, teaching them not to cry or to be afraid. At the age of seven the boys were thrust into the care of the state. “As the boys reached the age of seven, Lycurgus took charge of them all himself and distributed them into troops”, whilst in the military barracks of the agoge, the young boys were taught military skills, hunting, dancing, to obey orders, as well as a sparse amount of reading and writing. This training continued until the Spartans reached the age of eighteen, however at the age of twelve the intensity of the training increased. The boys were given little rations and were encouraged to steal, Plutarch states that “If they were caught thieving, they are whipped severely, for stealing carelessly and unskillfully”. At this age they were also allowed to participate at the festival of Artemis Ortheia, were they run through a gauntlet of guards with whips up to an alter to steal cheeses, “he (Lycurgus) made it honorable to steal as many cheeses as possible. These skills of endurance were believed to shape stronger minded soldiers.

From the age of eighteen, the Spartans were allowed to serve on the army, but not in the frontline. At this age, they would apply for membership into a Syssition where they would learn regularly from older soldiers, they would also be appointed as leaders for younger boys, they would act as role models as well as punish those under their control. At the age of twenty three, the Spartiate became a full time soldier, and at the age of thirty completed his time in the agoge, however continued eating meals in the Syssition. The Spartan didn’t finish an active role in the army until the age of sixty.

As the Spartan soldiers endured such rigorous training, and lived as full time soldiers, the Spartan army was looked up to by the neighboring city states as a military force. The will of the Spartans was to protect Sparta at any cost, including death, as “An honorable death is preferable to a dishonorable life”. This belief was held up in all levels of society as a famous saying of the mothers to their sons when they went to war was to return ‘with your shield, or on it’. It was impossible to flee from battle with a carrying a shield. It meant die in battle (on it) before retreat. It was for this tenacity that the Spartans were both feared and respected. In the Battle of Thermopylae, The Spartan king Leonidas, led a 300 strong advance force to meet a much larger Persian force, “in order that the sight of them might encourage the other confederates to fight and prevent them from going over (to) the enemy, as they were quite capable of doing if they knew that Sparta was hanging back”. Often the sight of a Spartan wearing his crimson cloak was enough to inspire an ally to take up arms. The influence of the Spartan army also led to their allies serving under the Spartan commander. During the battle of Thermopylae, although each of the Greek forces had their own commander, but “Leonidas the Spartan, was in command of the whole army”.

The army’s role to protect the state of Sparta was not constricted to fighting external threats. Sparta held control over the whole of the Eurotas valley, and enslaved the people they conquered during the Messenian wars around 713BC. The Slaves, or helots, were significantly outnumbered the Spartans and as such there was a great sense of paranoia amongst the Spartans. Many Historians have speculated whether the helots were the reason for the agoge system and the need for such a well trained army. Each year “immediately after taking up office the ephors would declare war on the helots, so that they would be killed without pollution”. The control of the helots was also carried out by the Krypteia, a secret police that was made up of promising young soldiers, “by day they would disperse to obscure spots in order to hide and rest. At night they made their way to roads and murdered any helot whom they aught. Frequently, too, they made their way through fields, killing the helots who stood out for their physique and strength”. The Spartans genuinely feared helot revolt, and their strict control over the slave population ensured that no revolt was successful until after the Battle of Leuctra. The Spartan military system woven into society was set up on such a fine balance that losing a single battle would crush it. The Spartans never fully recovered.

The roles of the Spartan army, were to put it simply, to protect the state of Sparta, both from external threats as well as internal threats. The influence of the army was gained through a rigorous education system that raised the Spartans into full-time warriors. Their attitude towards war ensured that the army would remain a force throughout Greece as well as feared within their own backyard through the terrorization of helots.