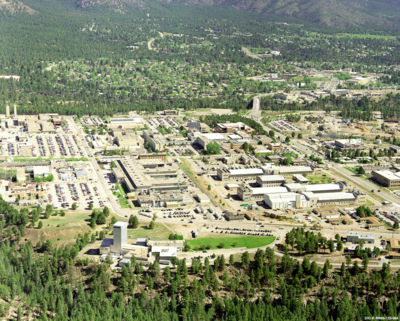 The Los Alamos National Laboratory was a secret lab in New Mexico where a group of physicists and engineers came together to build the first atomic bomb. The codename for their project was The Manhattan Project. The scientists lived in an isolated compound and neighbors never realized what was happening. Unfortunately, however, communist Soviet Union received separate leaks of the atomic secrets from three spies, namely Klaus Fuchs, Theodore Hall, and David Greenglass.[1]