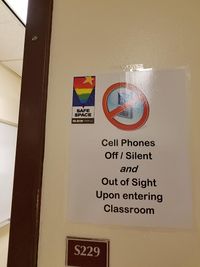 In schools where the homosexual agenda is promoted, students who promote the Confederate flag may expect to face disciplinary actions.[2][8] In March 2019, an Ohio public school student was suspended for posting Bible verses next to homosexual flags.[9][10]