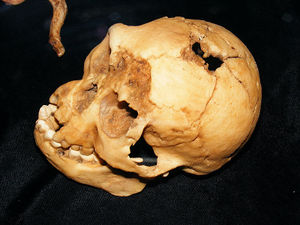 According to Evolutionists, Homo floresiensis is an extinct species of hominid that should have lived on the island of Flores until fairly recent times (as recently as 16,000 years ago). It was call after the Indonesian island of Flores on that the remains were found starting in 2003.