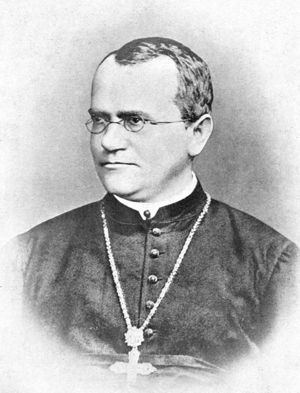 Gregor Mendel (1822-1884) was an Austrian monk. He studied math and science at the University of Vienna after becoming a Catholic priest. Then he worked as a high school teacher in a monastery, and tended the monastery garden.

He is most well known for his genetic experiments with pea plants. Mendel cross-pollinated pea plants of different characteristics and recorded the characteristics of their offspring. Through recording the traits of several generations, Mendel came up with Mendel's principles of genetics.