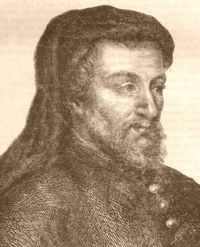 Geoffrey Chaucer (1343–1400) was the father of English literature and the author of The Canterbury Tales. He was the first author to raise vernacular English to the artistic level of French or Latin.

Some other major works of Chaucer are Troilus and Criseyde, The Book of the Duchess, The Parliament of Fowls, The House of Fame, and The Legend of Good Women.

Here are some of his most famous quotations: