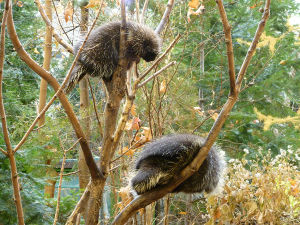 In South America there exists a porcupine by the name of the bristle-spined rat. It is by far the most degenerated of the baramin, and provides an amazing example of striking change within a kind.