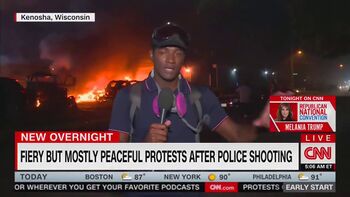 In August 2019, a video of CNN anchor Chris Cuomo went viral after a member of the public called him "fredo" and he badly handled the situation and threatened violence.[149][150] The incident made headlines in several newspapers.