Edmund Burke was adamantly against atheism and pointed out its negative influence on the political realm.[1]

Historically, atheists have screwed towards the left side of the political aisle (see: Secular left).[3][4][5][6][7] However, the secular right has been growing within the atheist population and this is partly due to the alt-right movement (see: Atheism and the alt-right).

According to the Pew Forum, in the United States: "About two-thirds of atheists (69%) identify as Democrats (or lean in that direction), and a majority (56%) call themselves political liberals (compared with just one-in-ten who say they are conservatives)".[8] A Harris interactive poll found that most American atheists are liberal.[9]

In some regions where the secular left has considerable influence, they are losing an increasing amount of their power. For example, in secular Europe right-wing nationalist political parties are growing and in China conservative Protestantism is growing rapidly (see: Growth of Christianity in China).[11] In addition, religious conservatives are immigrating to secular Europe in significant numbers and having more children than their secular population which is expected to increase social conservatism in Europe over time (see: Desecularization).

Atheists do not have a completely unified political standing, but embrace a diverse range of political opinions. atheists hold all major political positions, including the secular left and the secular right.

Atheist political opinions varies from country to country: the secular left are the most notable in the USA. But there have been atheists on the political right. For example, in the United Kingdom there are links with a tradition of the secular right, e.g. David Hume, who was an atheist or agnostic (it is unclear),[12] whose book History would "spread toryism across the land" according to Thomas Jefferson.[13] However, Edmund Burke was adamantly against atheism and pointed out its negative influence on the political realm.[14]

According to the University of Cambridge, historically, the "most notable spread of atheism was achieved through the success of the 1917 Russian Revolution, which brought the Marxist-Leninists to power."[4] Vitalij Lazarʹevič Ginzburg, a Soviet physicist, wrote that the "Bolshevik communists were not merely atheists but, according to Lenin's terminology, militant atheists."[15]

Vladimir Lenin similarly wrote: "A Marxist must be a materialist, i. e., an enemy of religion, but a dialectical materialist, i. e., one who treats the struggle against religion not in an abstract way, not on the basis of remote, purely theoretical, never varying preaching, but in a concrete way, on the basis of the class struggle which is going on in practice and is educating the masses more and better than anything else could."[16]

In the belief that "people cannot change", governments under the banner of atheistic Communism have caused the death of somewhere between 40 million to 260 million human lives.[18] Dr. R. J. Rummel, professor emeritus of political science at the University of Hawaii, is the scholar who first coined the term democide (death by government). Dr. R. J. Rummel's mid estimate regarding the loss of life due to communism is that it caused the death of approximately 148,286,000 people between 1917 and 1987.[19] For more information please see: Atheism and mass murder

Prior to this, the Reign of Terror of the French Revolution established an atheist state, with the official ideology being the Cult of Reason; during this time thousands of believers were suppressed and executed by the guillotine.[5][6][7] There is far more notable examples of Atheists on the left than in any other political spectrum. This is mainly due to the Marx idea that "Religion is the opium of the masses" which appeals to Atheists. Additionally, within totalitarian communist regimes, the church was a threat to the power of the dictator and so being a Militant Atheist was necessary in order to expand the power of the state. Though, quite ironically, the communist left sometimes push for more integration of church and state. An example of this was Stalin's revitalization of the Russian Orthodox Church in 1941, which was joked to be more of a nationalization than a revitalization.[20] In British Politics, the Socialist party Labour have had multiple Atheist members including Clement Attlee who became prime-minister[21] and Ken Livingston, mayor of London[22]

In terms of academic and popular history, the Communist Party of the Soviet Union (CPSU) often engaged in historical revisionism via their control of political/ideological public discourse (media, education, etc.) and via the monitoring/silencing/imprisonment/persecution of citizens through the KGB.[24]

During and subsequent to the rule of Nikita Khrushchev (1956–64), there was competition between the pro-Stalinists and anti-Stalinists in terms of how Soviet history was portrayed.[25]

See also: Atheism and communism and Asian atheism and Growth of Christianity in China

Flag of the Communist Party of China

In 1955, Chinese communist leader Zhou Enlai declared, "We Communists are atheists".[26] In 2014, the Communist Party of China reaffirmed that members of their party must be atheists.[27]

There is growing persecution of Christians by the Chinese government.[29]

The Secular left, while called left, actively promotes liberalism. It demands "strict government secularism" and "anger toward religious and political conservatives,"[32] within the USA. The secular left has historically opposed religious conservatives and social conservatism. Part of this is ideologically centered. Liberalism had its foundlings in challenging traditions and religious thinking has became tradition for certain countries. As such, being an Atheist defies tradition in these countries and so Atheism would seem liberal. It has been claimed that American Atheism has only became liberal in a reaction towards the attacks of the Religious Right[33] in a case of "the enemy of my enemy is my friend" and even a claim that the secular left is not strong but is rather an over-reaction of the religious right in calling all center-left politicians "the secular left".[34] Within the United Kingdom, there are notable atheist liberals such as current Deputy Prime-Minister Nick Clegg.

In the United States, atheists are a small faction of the political right.[35] Since the 1960s/1970s, the was a significant trend of religious conservatives becoming Republicans.[36]

There is a stronger wing of the right of center politics in the United Kingdom, with famous adherents such as David Hume and Reginald Johnston,[37] and Tory MP Michael Portillo.

In South Korea, the Head of the conservative party was an atheist while he was running against a Roman Catholic liberal.[38]

According to Murray N. Rothbard, who writes for the Ludwig von Mises Institute, most libertarians at the present time are atheists.[39] Ayn Rand was a libertarian and atheist.

Both Ron Paul and Rand Paul are religious libertarians. See also: Christianity and social stability and Protestant Ethic and the Spirit of Capitalism

The Eurozone crisis is an ongoing economic crisis which has been negatively affecting Eurozone countries since late 2009. It consists of a sovereign debt crisis, a banking crisis and an economic growth and competitiveness crisis. Economic and societal/political instability is positively correlated to greater religiosity.[42] Economic/societal instability in Europe could cause Europe to become more religious.[43][44][45]

Due to their higher fertility of religious conservatives and religious immigration to the Western World, the religious are expected to see a net gain in political power in the 21st century (see: Desecularization and politics).

The decline of the secular left

In recent years, the secular left has been losing power in Europe (see: Decline of the secular left). In September of 2018, Pew Research indicated: "Due to the decline of the center-left across much of Western Europe and the comparative steadiness of the center-right, most Western European countries are led by center-right parties, as measured by the party of the prime minister or other head of government."[46] In addition, Donald Trump's presidential victory in 2016 was a significant defeat for the secular left (see: Donald Trump and American atheists).

Decline of the secular left and demography and religious immigration

In 2010, in his book Shall the Religious Inherit the Earth, Eric Kaufmann wrote concerning the culture war in the United States:

Agnosticism, atheism and the alt-right

See also: Atheism and the alt-right and Secular right

In the Western World whites and males are both majorities within the atheist population (see: Demographics of atheism and Western atheism and race and Atheism and women).

The alt-right leader Richard Spencer is an atheist who calls himself a "cultural Christian".[53]

Darwinism and antipathy towards social conservatism 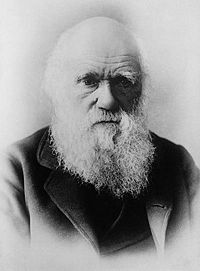 Most liberals/leftists tend to be evolutionists (see: Evolution and liberalism).

See also: Atheism and culture and Atheism and morality The Christian Anti-Defamation Commission (CADC) declared about irreligion and politics:

Many Americans have a very unfavorable view of atheists (see: Views on atheists).

In 2012, the Gallup organization reported:

An American speaker in the atheist panel discussion "Where do we go from here?" at Reason in the Rock 2013 declared: "We are still culturally and politically marginal. We still don't have very much influence... We are ineffective."[59]

In 2017, Andrew P. Street wrote in The Sydney Herald: "atheists have failed to make a strong organisational case to become a meaningful lobby group because we have a tendency to… well, act like a bunch of jerks."[60]

New Atheism was a form of militant atheism in terms of its rhetoric.

The new atheist Richard Dawkins said about New Atheism, "[O]ur struggle is not so much an intellectual struggle, as a political one: What are we going to do about it?”.[61]

The New Atheism movement is now effectively dead due to Dawkins falling out of his favor due to his Elevatorgate controversy (a controversy involving his statements to feminist Rebecca Watson) and his comments on Islam (see: Richard Dawkins and Islamophobia accusations).