Reagan and Ford at the 1976 Republican National Convention
Vice President Gerald Ford assumed the office of the Presidency in the midst of an extremely difficult domestic and international situation when President Richard Nixon resigned. Ford is credited with restoring dignity and trust back to the White House, but having been President less than 2 years and having pardoned Richard Nixon which upset a large percentage of a confused populace, Ford had an uphill battle to win an election for President in his own right. 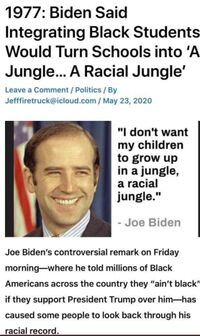 Desgreratation and busing remained a hot issue among Democrat voters throughtout the 1976 election.[1]

Already holding the key California and Texas delegations, Reagan openly courted the unbound Pennsylvania delegation promising to put liberal RINO Sen. Richard Schweiker on the ticket. Reagan avoided the taint of the ‘smoke filled room’. Reagan and Schweicker met personally with the entire Pennsylvania delegation to lay out the request for their support, but the idea failed. It was a unique proposal in the television age: a candidate publicly proposed a VP pick as part of a deal before any balloting. John Kasich, Phyllis Schlafly, Mark Levin, Jesse Helms, and Haley Barbour served as Reagan delegates. In the end, Ford was declared the winner.

The Democrats nominated political-unknown Jimmy Carter, Governor of Georgia and peanut farmer, who won his party's nomination. Under the new McGovern-Fraser delegate selection rules and expanded primary schedule, and the locking out party bosses, Carter was first to recognize the new system and successfully manipulated free television air time with early primary and caucus wins to pile up a rapid delegate lead and donor contributions. Carter had scarce contacts with old party bosses and soon buried competitors working under the old system. Carter selected Sen. Walter Mondale of Minnesota as his running mate.

So powerful was the leadership vacuum within the Democratic party left by the assassination of President John Kennedy, and disappointment with Lyndon Johnson, Hubert Humphrey and George McGovern, Carter ran second to "Uncommitted” in the Iowa caucuses. A follow-up finish of 29% to 23% in New Hampshire gave Carter a huge rush of free mainstream media attention about the “victor” and Carter rode the momentum all the way to the White House.

Ford campaigned on his success in his short term in the White House, while Carter campaigned based on the discontent fostered by what is known as the Vietnam syndrome and Misery index—an index that would later come back to haunt him in the 1980 election. Carter basically told the people to believe in him while being short on specifics as to what that meant.

The live televised Presidential Debates also played an important part in the election - the first between presidential candidates since the Kennedy-Nixon debates of 1960. Ford looked better in the first debate, but lost his support in the second due to a perceived gaffe he made about Eastern Europe—which would prove to be true less than 15 years later.

In the final outcome, Carter narrowly beat Ford in the election.[2][3] Ford had been way behind in the polls and his return to make it a tight race was considered very impressive.